We all accept that the world divides between developed and developing countries. But what is less widely known is that some developing countries fall so far behind in the size and shape of their economies that they merit special categorization and differentiated relationships with other nations.

This category of Least Developed Countries (LDCs) was devised in 1971 by the United Nations Conference on Trade and Development (UNCTAD). As of today, there are 48 of them. Their problems are among the most intractable development challenges facing the international community. In fact, only four countries have "graduated" from LDC status: Botswana in 1994, Cabo Verde in 2007, Maldives in 2011 and Samoa in 2014.

This poor record prompted the UN, in Istanbul, in 2011, to establish a dedicated programme of action with the target of enabling at least half of the LDCs to "meet the criteria for graduation" by the end of this decade. With a mid-term review taking place in Antalya, Turkey, from 27 to 29 May, it is now time to look again at the future of the world's most disadvantaged and vulnerable states. 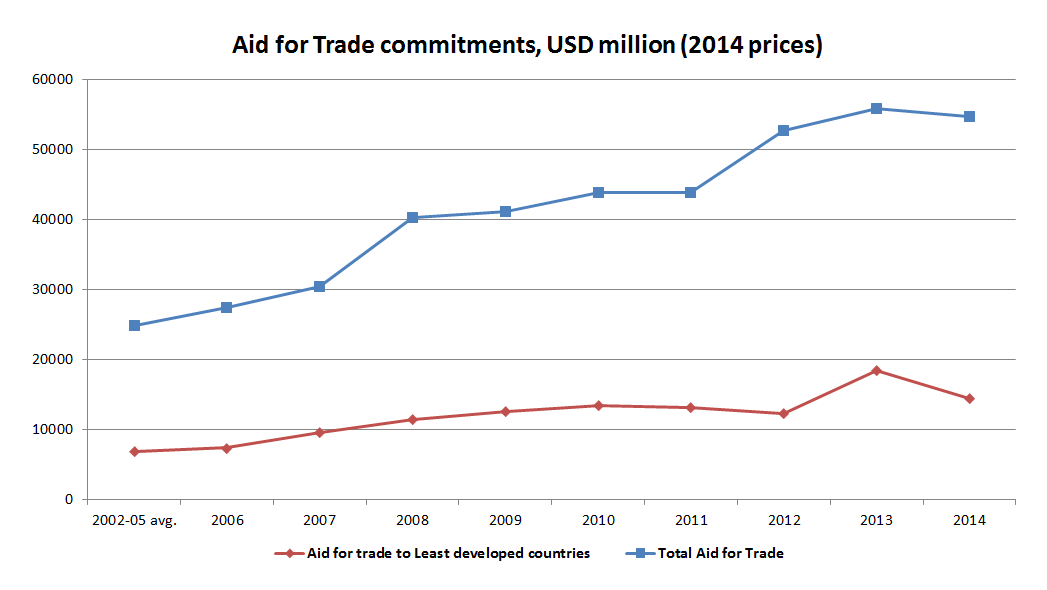 There is some good news. Equatorial Guinea, Vanuatu and Angola will shed LDC status in 2017, 2020 and 2021, respectively. Meanwhile, Bhutan, Nepal, São Tomé and Príncipe, Solomon Islands and Timor-Leste have been found "pre-eligible" for graduation and are expected to graduate by 2021. Also, data relevant to the latest three graduation cases show that these countries have fared better, or at least did not get worse, after their graduation in terms of income, exports, foreign direct investment and aid for trade. Human development indicators like levels of education and healthcare also continued to improve.

But we are far from the set target of halving the number of LDCs.

Importantly, economic vulnerability has not diminished significantly. Many LDCs are dependent on commodity exports and, due to insufficient export diversification, are struggling significantly with the latest slump in commodity prices. LDCs also remain heavily exposed to severe economic and natural shocks, including threats related to climate change, and are far less equipped to deal with such challenges. This is true not least for small island developing States, which account for 10 of the 48 LDCs.

Many LDC governments also continue to view graduation as a threat rather than an opportunity. They stand to lose unilateral preferential market access and may face a reduction in aid levels.

The challenges of graduation can be shown by the case of Nepal, which is pre-eligible for graduation on grounds of better social indicators and improved economic resilience. But the Himalayan nation is faced with a double bind: having to prepare for a loss of preferential market access – a vital benefit to its major textile and clothing industry – while at the same time reconstructing large parts of its economy after massive earthquakes struck the country last year. The decision to take Nepal off the list of LDCs by 2021, if confirmed by another review in 2018, may look premature. The country still faces serious risks beyond its control and will have difficulty in keeping up its gains in areas such as education after the 2015 disaster, in which about 25,000 classrooms in some 8,000 schools were destroyed.

For these reasons, many LDCs consider that more needs to be done to facilitate a smooth transition to post-LDC life. In this respect, they see a need for a more supportive international framework, want the United Nations system to play a leading role, and understand that there are positive examples that can be built on and replicated.

Part of this picture is the offer made by the European Union in 2008 to extend the preferential, duty-free, quota-free access that an LDC has to the EU market for three years after it graduates. Likewise, the Enhanced Integrated Framework (EIF)– the only multi-donor programme that exclusively helps LDCs to use trade as a vehicle for poverty reduction and growth – offers any graduating LDC the chance to continue to receive technical assistance for a period of up to five years after it moves out of the category. All recently graduated LDCs have taken full advantage of this support to develop or enhance their trade and development strategies, both before reaching graduation thresholds and after they step up from LDC status.

In order to enable more LDCs to achieve a smooth transition to post-LDC life, the EIF and UNCTAD are proposing a four-point pathway for promoting trade, attracting private investment and achieving export diversification:

In short, a bottom-up and concerted effort by the LDCs and their trade and development partners will help to create an environment that is better at meeting the goal of graduation.

The EIF and UNCTAD stand ready to help the LDCs to escape the trap of low income and structural handicaps. It is long overdue to offer genuine hope to millions of people who for too long have been denied the prosperous future they deserve.

This blog was co-authored by Ambassador Joakim Reiter, UNCTAD's Deputy Secretary-General, and Mr Ratnakar Adhikari, Executive Director of the Executive Secretariat for the Enhanced Integrated Framework, and originally published on 27 May 2016 in the World Economic Forum Agenda available at https://www.weforum.org/agenda/2016/05/4-ways-the-world-s-least-develope...