by Michelle Kovacevic / in News

How can countries use trade to promote resilience?

New research takes a comprehensive look at the nexus between natural disasters and trade in six of the world’s most at risk nations.

It examines the trade measures that could assist Dominica, Fiji, Nepal, Saint Lucia, Tonga and Vanuatu to respond to and recover from disasters, and to build disaster resilience. The research was lauded by representatives of these countries at a recent symposium on natural disasters and trade hosted by the World Trade Organisation (WTO).

In any given year, it is likely that the six countries will either be hit by, or recovering from, a major natural disaster. Hydro-meteorological risks such as tropical cyclones, hurricanes, flash flooding and landslides are the most common types of disaster. But geophysical events, such as the earthquake that struck Nepal in 2015, are also a threat. Geophysical events can also provoke secondary hazards, such as tsunamis in coastal states.

“It’s a bit like entering a bad luck lottery,” said the WTO’s Aid for Trade Unit Head Michael Roberts, who led the research. “In any one year you don’t know if you’re going to get hit by a disaster, how hard the event may strike, or whether or not you're going to be struck multiple times. A country can be paying down reconstruction debts incurred from one natural disaster when a new one strikes. This result is a vicious circle that plays havoc with trade and the economy.”

He cited the examples of Dominica and Mozambique. Damage caused by Tropical Storm Erika in late August 2015 was estimated at 90% of Dominica's GDP. Just over two years later, Hurricane Maria crashed into the Caribbean island adding damage estimated at 226% of GDP. In 2019, Mozambique suffered two storm hits in the same season when Tropical Cyclones Idai and Kenneth made landfall.

“The unpredictability and frequency of natural disasters not only affects and devastates our natural and surrounding environment, but it also sets back our development efforts in one single day,” said Esterlina Kautoke Alipate from Tonga's Ministry of Commerce, Consumer, Trade, Innovation & Labour. “[This research] will enable us to devise better and effective policy responses.”

For Roberts, the question is how to break the cycle of these development-damaging and debt-creating events.

The research first looked at the impact of disasters on the macroeconomic situation of each of the six countries surveyed.

“The six surveyed countries, in particular the small island economies, are very trade-dependent, with high trade to GDP ratios,” Roberts said. The ratio of trade to GDP was 95.7% for Tonga and 106.4% for Vanuatu in 2016.

"Natural disasters tend to stimulate imports and depress exports, so putting pressure on government budgets," Roberts said. Reconstruction activity can be an important economic stimulus in the aftermath of disasters, but domestic suppliers can struggle to keep up with demand necessitating imports of building materials, he added. 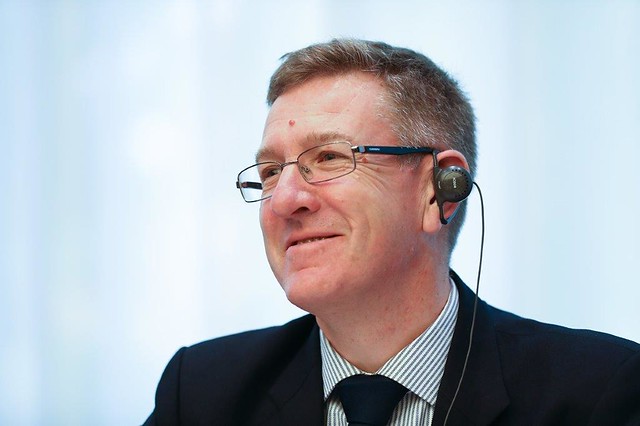 A country can be paying down reconstruction debts incurred from one natural disaster when a new one strikes. This result is a vicious circle that plays havoc with trade and the economy.
- Michael Roberts, WTO Aid for Trade Unit Head

With government revenue scarce, natural disasters may divert funds away from existing or planned investment and tighten already limited government budgets. Administrations can find it hard to find financing to support firms, with the result that it can take some time before exports recover.

Agricultural exports from Vanuatu fell by 37% after Cyclone Pam hit in 2015. Some exports, for example tree crops like coconuts, can take almost a decade to return to pre-storm levels. This badly affects not just farmers, but also the enterprises who rely on supplies for processing activities, such as food or cosmetics.

On a more upbeat note, the study found that tourism (a well-established or growing sector in the studies) was quick to recover, with cruise tourism particularly robust for coastal states.

Ensuring that customs and other border agencies can cope with the import surge as humanitarian relief arrives is an issue that emerges strongly from the research. And one where implementation of the WTO's Trade Facilitation Agreement may offer solutions.

This doesn't mean just opening the borders to anything and everything. A problem highlighted by the research is so-called "unsolicited bilateral donations". These donations may not suit the needs of local communities and so often end up requiring storage or disposal at the cost of the receiving government.

In the aftermath of Cyclone Gita, Roberts said that Tonga demonstrated a “smart response” in the way they facilitated goods coming from the Tongan overseas diaspora. Social media, internet platforms and mobile telecommunications links meant that Tongans abroad knew with clarity what people back home needed. Donors also did their bit by encouraging the donation of cash, not goods that could end up as "unsolicited bilateral donations".

State of emergency legislation was also triggered in advance of the arrival of the cyclone. This meant that when the cyclone hit, Tongan customs and other border agencies had already put in place measures to facilitate the entry of goods sent by the Tongan diaspora and humanitarian agencies. A straightforward customs exemption policy also provided clarity for households and businesses alike.

The research also looked at disaster impacts on the business community. One issue that emerged strongly was that of financing – an area that hitherto has been under researched in Roberts’ view.

The unpredictability and frequency of natural disasters not only affects and devastates our natural and surrounding environment, but it also sets back our development efforts in one single day.
- Esterlina Kautoke Alipate, Tonga Ministry of Commerce, Consumer, Trade, Innovation & Labour

“We see high rates of business failure after a disaster. Making financing quickly available to affected business is something that could be given more consideration. People need jobs to return to once the immediate challenge of relieving distress and suffering has been met," he said.

Roberts referenced the example of Dominica in the aftermath of Hurricane Maria. The hurricane hit when a lot of small entrepreneurs were gearing up for a new tourism season. They'd taken out loans to finance goods and services that they intended to supply to the tourists. Following the disaster, many were unable to start trading again as they couldn't refinance these pre-hurricane debts. Unable to refinance, they couldn't secure new loans to restart their businesses and so ceased trading.

Innovative so-called parametric insurance schemes in the Caribbean and Pacific are helping address financing issues but the focus so far has been on governments.

These parametric schemes operate using certain pre-defined thresholds (e.g. wind speed). They pay out faster than traditional insurance products as they don't need someone to inspect the damage and calculate loss. Extending these innovative schemes to the private sector could help address the insurance protection gap – a terms that refers to the under insurance of assets by both households and firms – and speed up payouts.

But as Roberts said, "such innovation typically require an enabling policy environment; one that may require changes to how services are regulated and managed."

The Sendai Framework for Disaster Risk Reduction aims to make countries more resilient to disasters. A key principle is to “Build Back Better”, namely to ensure that rebuilding efforts are risk-informed and promote resilience to future events.

Following the 2015 earthquake in Nepal, the housing reconstruction programme sought to rebuild through grants that required earthquake-safe building techniques and materials to be used. Much of this expertise and material had to be imported.

“If you have high import tariffs on the building materials needed to ‘build back better’ or arbitrary restrictions in such areas as architectural or environmental services, it’s going to push investors and builders towards lower-grade materials and lower quality services,” Roberts said. "All of which may impact the ability to withstand the next storm or earthquake."

To illustrate the point, Roberts highlighted the experience of Dominica again. "Fuels are a major source of imports for Dominica and a drain on the balance of payments. If you can move the economy to more renewable sources of energy, such as geothermal, you are going to be helping resilience, reducing the import bill and, to some extent, curtailing the cycle of disaster and debt accumulation.”

Fortunately, a number of Dominica's development partners agree and are providing support for this energy transition.

The next stage of this research is looking at what actions can be taken within WTO rules, either by disaster-affected countries or by their trading partners.

“Regrettably, this issue is not going away,” Roberts said. “I hope that the ongoing research can help WTO members to understand the role that trade and trade policy can play in promoting resilience in the face of what is expected to be a greater burden of future such events.” 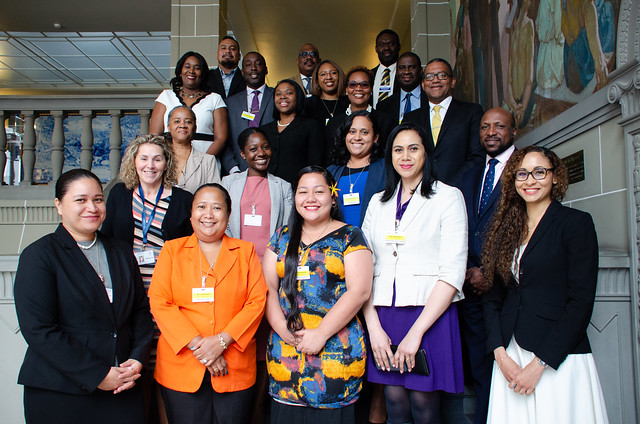 Attendees at the WTO's natural disasters and trade symposium on 20 May 2019.