From kitchen to boardroom: One woman’s story of business success

by Michelle Kovacevic / in Impact story

Chileshe Chewe’s epiphany happened on Thursday 28 February at 11 am.

It was an unusually cold day in Lusaka, Zambia, and, as she arrived at the Padmodzi Hotel for a meeting with a financial services client, she decided to order a cup of tea to warm her cold hands. Out came the steaming hot tea, accompanied by a tray of snacks and condiments. She asked for some honey to sweeten her tea and was handed a big plastic squeeze bottle. Looking at the various sauces next to her that came in single serve sachets, she wondered why the honey was the only thing in such a big bottle.

Her interest piqued, Chileshe started doing some research. While other countries have smaller servings of honey in sachets or mini jars, Zambia was not one of them. She had a gut feeling that this was a product that Zambians wanted, and set out to trial bringing the honey sachet to market.

Her first call was to a company in China, to convince them to ship her 1,000 empty sachets that she could fill with honey harvested in the North-Western and Central provinces of Zambia.

“Most companies told me that it was too small an order, but finally I found one company that was willing to give it a try,” Chileshe said.

A week later, she and her friends were packaging honey in her kitchen.

“We packaged a few boxes and then took them around to hotels and cafés in Lusaka for people to sample. Wherever I went, I was marketing the honey,” she said.

While the feedback she got from people was very positive, some establishments needed convincing.

“When it comes to change, people are not big fans. I found that leaving some samples at restaurants was a sure way to convince them that this was more cost effective than the big plastic squeeze bottles. Most of the time I would get a call within a week requesting more sachets.” 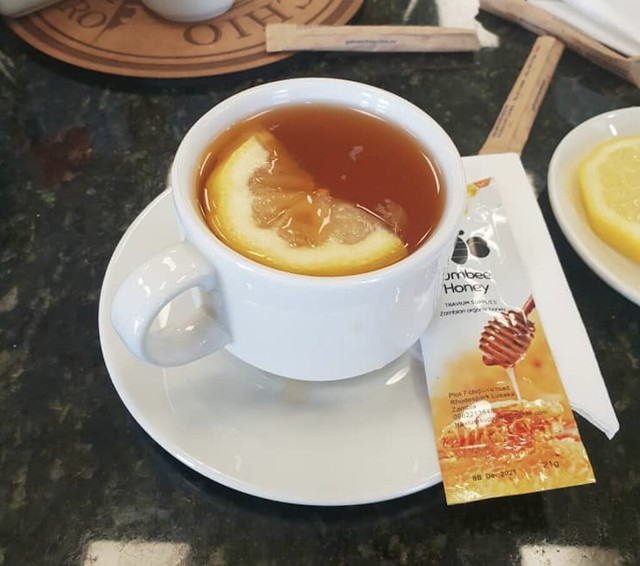 Five months after her initial idea, Chileshe was at the helm of a growing business. So much so that she caught the eye of an initiative of the International Trade Centre (ITC) called SheTrades, established in 2015 to support women’s economic empowerment.

“While women participate in Zambia’s agriculture sector, they face more obstacles and have fewer opportunities than men. We’re connecting women to markets and finance so they can generate a higher income for themselves and for society around them,” said Chileshe Mwamba, SheTrades Zambia National Coordinator.

In January 2019, the ITC SheTrades Initiative launched a new project in Zambia that aims to support 200 entrepreneurs to receive tailored training, mentoring, coaching, invitations to trade fairs and introductions to buyers, all based on the sector their business operates in. Interest in the initiative has boomed and there are currently over 400 women entrepreneurs in their database. Chileshe Chewe is one of them.

“Everything changed when I attended a meeting that SheTrades Zambia was convening for those of us in the agriculture sector,” she said.

“One of the speakers was a buyer from one of Zambia’s biggest supermarkets. After his presentation, I approached him and told him about my sachet product. He said they would buy 15 boxes and try them in one store.”

The buyer contacted her soon after with the news that her product was a hit. She has now received a one-year contract to provide honey to a number of their stores.

Keen for her product to be differentiated in a market saturated with honey, Chileshe has also started stocking her honey brand in glass containers.

“I’m in talks with some big chain stores to stock both my sachets and glass bottles of varying sizes,” she said.

She now has her sights set on the rest of Africa.

“I’d like to start exporting by the end of the year. I also want to expand to other items – beeswax soaps, lotions and body washes. It would also be great to build a plant here in Zambia where I could manufacture the sachets locally.”

She’s found the training and support offered by SheTrades to have been critical to her success.

“If it wasn’t for SheTrades, I wouldn’t be connected to these buyers. I have learnt so much.”

Header image of Chileshe Chewe and her honey products - ©ITC

Women-run businesses getting a boost in Rwanda and Zambia